On Saturday 1st November Contract Scotland sponsored a charity football tournament in Glasgow in aid of RedRﾠ(http://www.redr.org.uk), organised by folks from Mott McDonald and involving teams from:

The Contract Scotland team consisted of our Permanent Recruitment Manager, Alan Shave, our very own Rugby Player (!), David Brunton, and a motley crew of candidates whom we’ve assisted to find permanent/freelance positions! 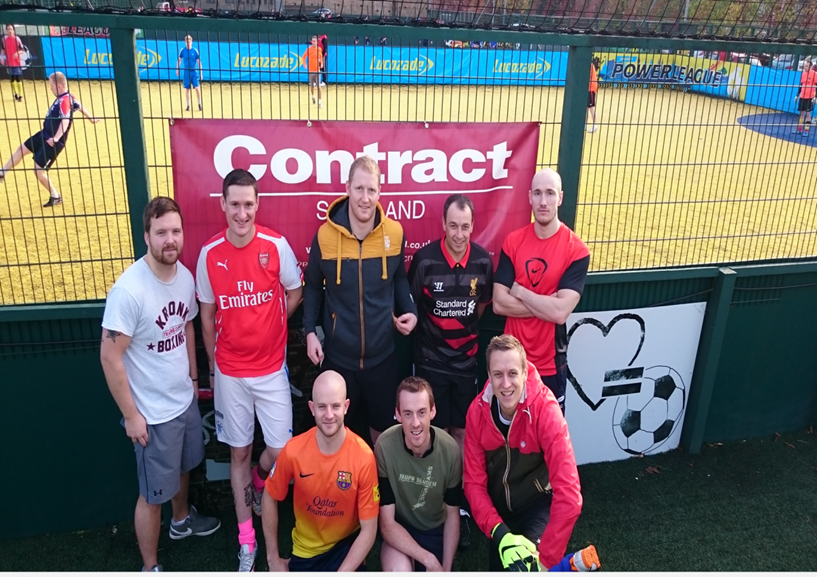 Alan takes up the storyﾅ

After an early start, involving a trip to into town for both me & David to buy new boots/shin guards/goalie gloves and boosting the profits at Sports Soccer, we assembled at the Powerleague 5 a side pitches to put up Contract Scotland banners & find our teammates.

Our first game was against Amec and one of our current freelance candidates put us 1-0 up after we’d missed a bundle of earlier chances. Unfortunately we’d somehow had a vote which resulted in me being our goalkeeper (if you’ve met me in the past then you’ll know that at 6’3, I don’t make a great 5-a-side goalkeeper!) and with 2 minutes to go I conceded the softest of goals that you might ever see – in my defence the guy hit it hard and low, near my feet…! Most of the blame for our opening draw was pinned on our goalkeeper, but I’d suggest this was unfair. Shooting wasn’t a strength and clearly, our team were taking some warming up!

The 2nd game was a non-event as we were soundly beaten 2-0 by Mott McDonald, who went on to reach the final. They didn’t have too much to offer in the outfield but had managed to recruit a very good goalkeeper, who apparently ﾑdidn’t have a full 11’s match today…’.

We went into our final game against Barr Construction looking for our first win and by this point, our team was starting to look like a well-oiled machine! The goalie had found his gloves/feet and we’d started to work out where our strengths were (or perhaps where our weaknesses weren’tﾅ). With all this positivity we started off in fantastic fashion, our ﾑdefence’ was AWOL, leaving us 1-0 down after 30 seconds! Still, we battled back to win 4-1, including a couple of goals from David Brunton, who somehow finished as our star player & top goal scorer!

The tournament, in the end, was won by Henderson Warnock, an M&E Consultancy, who only had 6 players but were clearly useful. I had the enviable position of giving a short speech and presenting each of them with medals, which to be fair, was the closest that I was ever going to get to said silverwareﾅ 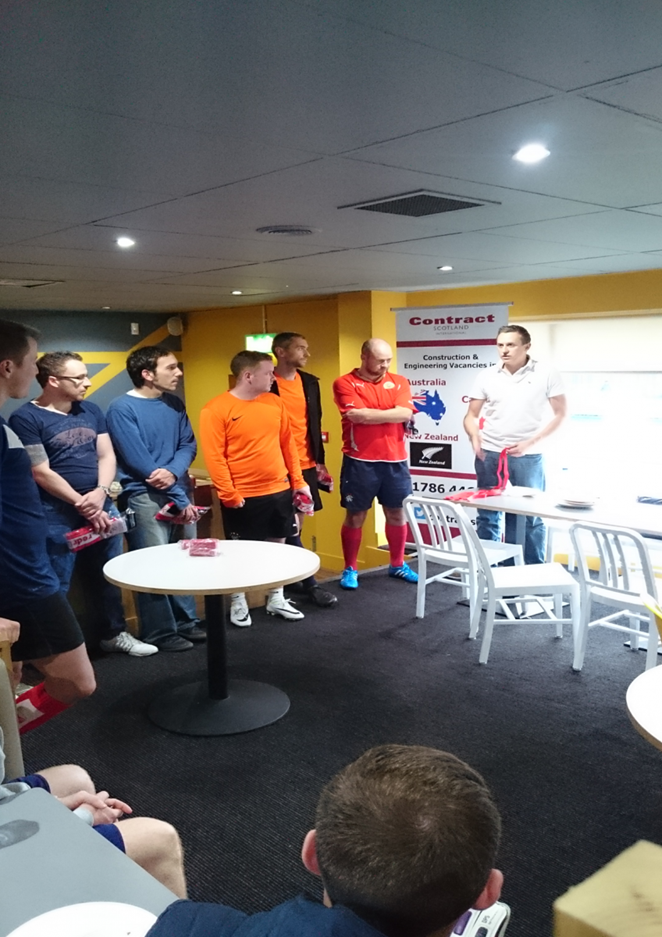 All in all, it was a fantastic day. It was genuinely good to catch up with some familiar faces from the industry, as well as some new ones, whilst also raising money for a good cause. If anyone has dealt with Contract Scotland over the years then you’ll know that we have a huge belief in giving back to the industry & community in which we work, whether that’s through one of our many CSR programmes, or simply by raising money for the Lighthouse Club & other charities. 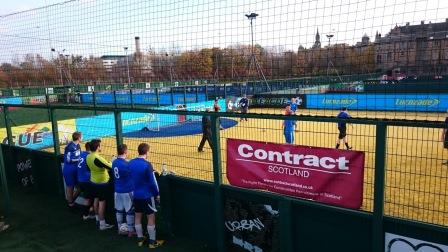 Previous Article
Canada
Next Article
Aberdeen – Hot or Not? 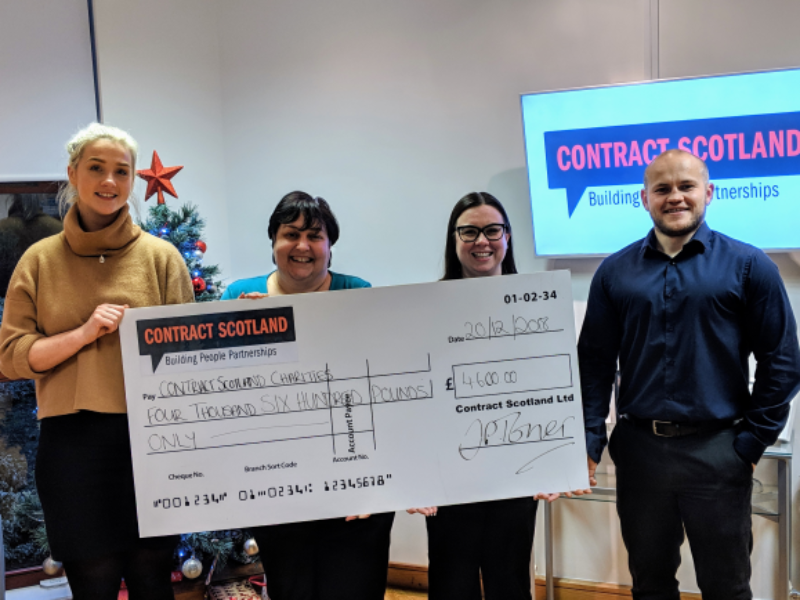 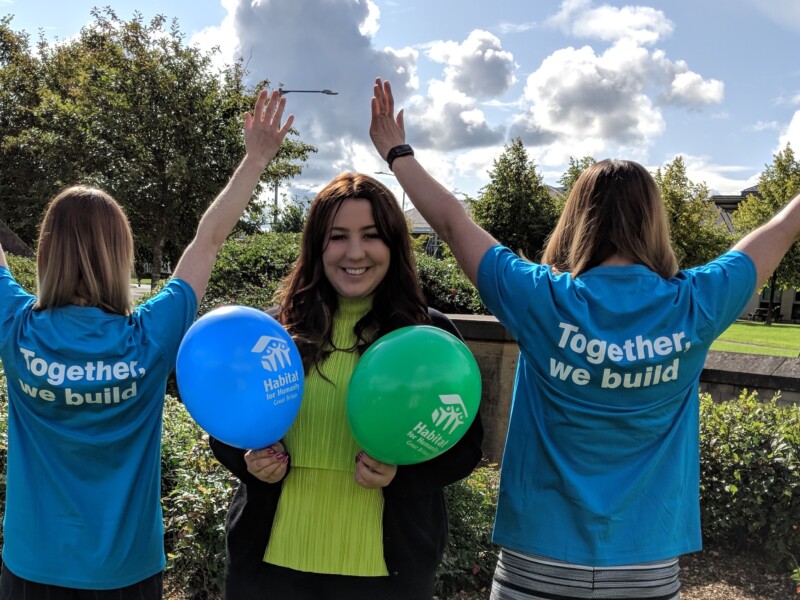 Our Biggest Charity Fundraiser So Far – Building Homes in Kenya